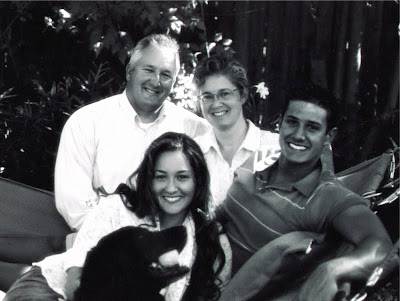 Learning to find courage is a long and
difficult process for me. The last
two segments on using the R in courage
for reality and facing the reality of what
really happened put me out of commission
for a long while. I've still not quite yet
recovered and don't know if I ever will.
But facing the reality of it all also means
facing the anger that came with
William's accident...the lies people told
about him, the injustice of it all, the
CHP officer that did not stop him when
he stated clearly in the news report that
the car was weaving & that he called in
for another officer to check it out....
For goodness sakes, what are officers of
the law for if not to pull over weaving
drivers? He could have been having a
seizure, a heart-attack, a stroke, or
anything, but he had only fallen asleep
at the wheel, but the CHP officer
did nothing....NOTHING to stop him.
If he had...my son would still be
alive today. (Someday, maybe I will
have the courage to find the officer
who did nothing & ask him why????)
By the time the second officer was
dispatched there was no sign of the blue
Camaro...of course not...my only son was
already submerged under 8 feet of icy
cold water in a December storm - where
he was the whole time during the four
heart-wrenching days of searching.
Talk about anger....My heart is exploding
with anger as I write these words...
especially when I get asked if he was on
drugs or drinking at the time?
NO! NO! NO! NO!NO...
William was not drunk or on drugs...
He had never, ever been in to those vices.
My son was a health freak...all they found
in his stomach was oatmeal and banana.
So much for the drug and alcohol theory.
The toxicology screens were all negative...
So there, it's out there for the world
to see whether they want to acknowledge
it or not....whether they want to believe
lies or the truth.
I had to delete the original part of this post
that was in the place of this bold print
due to causing only more of the
deepest heart-ache I have ever known
and causing me to digress back
into the depths of blackness
of such intense anger and despair yet again.
So I will continue leaving out the original paragraph.
William had merely fallen asleep at the wheel
on his 45 minute long journey to work after
putting in 3 intense hours of working out
at 24 Hour Fitness late the night before,
after working his regular full
time job that day
on top of his college classes.
The anger is so great at times that I know
without a doubt, I MUST
face it and rid myself of it because anger
is like a poison...a cancer that eats away
at you until you are left withered & dead inside,
with nothing but anger to offer the world,
which is in such need of peace and harmony.
So for me....The A in COURAGE represents
Anger - Abolishing That Anger
before it Annihilates me in its
quest to destroy our family through
this disaster.
But, in the mean-time...I am trying
hard to live for my beautiful daughter,
Charlotte & my wonderful husband, Matt.
They have had enough tragedy in their
lives....of this I know only too well.
I love you two with all of my heart and soul
...and to my William in
Heaven....I wish I could hug you again
and tell you how very much I love you
and always will ~ I am forever proud to
be called your Mum....xoxo to you
in Heaven, Sweet William.
© Susan Reynolds
Posted by Simply Divine Photography at 2:21 PM